Raise your arm.  Does your shoulder lift significantly upwards towards your ear at the same time?  Now raise both of your arms together.  Do your shoulders tend to round forward? If you answered yes to at least one of these questions, one of your upper back muscles – the “trapezius” to be specific” – isn’t working as it should. A lazy trapezius can cause your shoulders to tense over time so much that your neck begins to look shorter. 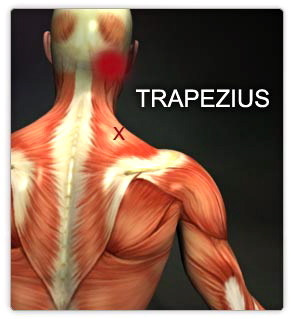 Let me describe how your “trap” is supposed to work.  The trapezius moves your shoulders-blades up, in and down.  The lower part of your trap – the part that moves your shoulders down – is supposed to contact when you raise your arm, stabilizing your shoulder joint. The problem is, a lot of people’s lower traps don’t do this or, worse, their upper traps fire instead. These people seem to be lifting their arms and shoulders-blades as if they were one joint. This habit not only makes people look awkward. According to an intriguing study done in 2003, it can also injure their shoulders.

That year, a Belgian physical therapist named Ann Cools gathered together 69 athletes, both men and women, whose sports involved a lot of arm raising. These “overhand” athletes played volleyball, racquet ball, tennis or other ball sports or were swimmers. Thirty-nine of her subjects suffered from shoulder impingements, a painful condition that results in weakness and loss of range of motion. Shoulder impingement is the most common upper-back injury among athletes. Cools’ other thirty athletes were injury-free.

Cools attached electrodes around the shoulders of these athletes, then told them to move their arms in different directions. Sometimes she used weight machines to add resistance to her subjects’ arm movements. She was careful to avoid any further injury to her subjects by instructing them to stop moving as soon as they felt any pain.

Cools’ findings were unequivocal. There was a significant difference in how the two groups of athletes used their traps. When the healthy athletes raised their arms, their inner and lower “trap” muscles contracted almost immediately to keep their shoulders-blades in place. When the injured athletes raised their arms, their “traps” fired much later, too late to prevent the shoulder-blades from sliding out of place.

If you are a Bar Method student and find that your shoulders tend to go up during arm raises, you can apply the tips from last week’s blog THE MIND BODY CONNECTION, BEAUTY AND THE BAR METHOD on relaxing the lower back to rewire your mind/body connection to your shoulders.  Using your shoulder muscles correctly and gracefully will make a big difference in the way you look and feel. 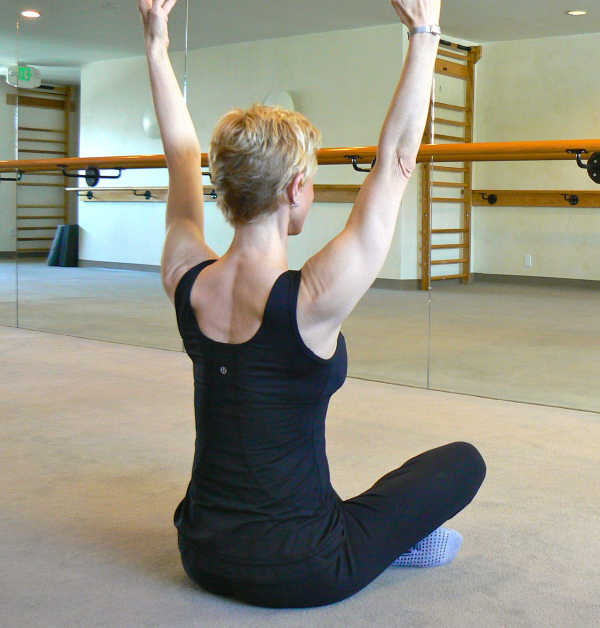