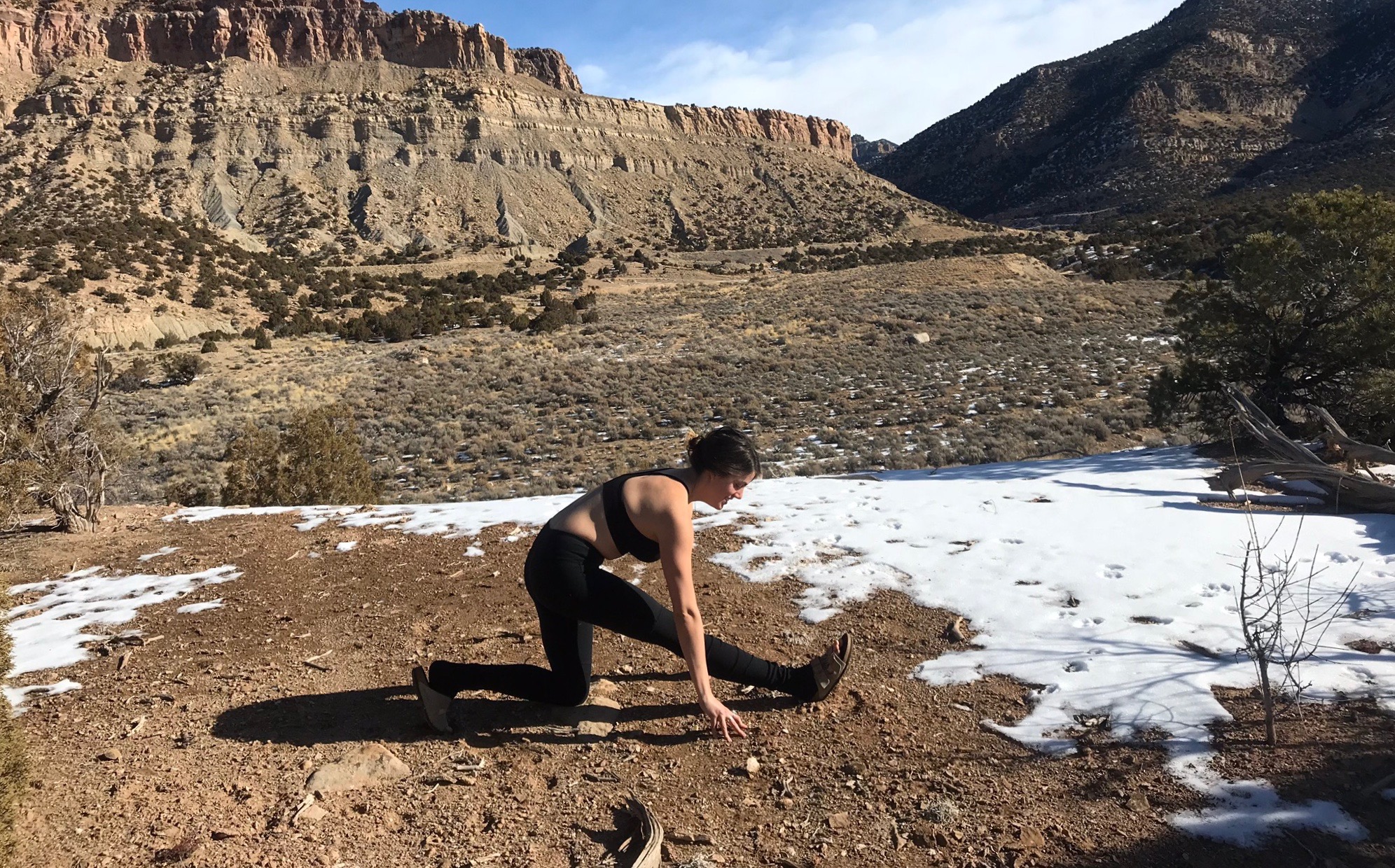 Barre class typically isn’t the first thing that comes to mind when you think of cross-training for outdoor adventurous activities; however, based on this great story from a dedicated client at the Salt Lake City – Sugarhouse studio, perhaps it should be? After all, The Bar Method technique is developed under the guidance of physical therapists to ensure you are getting the safest and most effective full-body workout in one hour. The amount of leg work and core strengthening we do in our barre classes will surely prep you for any adventure you embark on this Spring!

Read Kelsey’s Story and Get Inspired…

“Cross-training has proven to be crucial in just about any workout regimen. I didn’t invent the concept, but after trying my hand at just about every two-sport combination I have found my perfect pairing and I thought I would share it with you all as you likely enjoy hiking just as much as me.

I used to run a lot, though, I wouldn’t call myself a runner, mostly because I never truly enjoyed it. I competed in half marathons every few months and was in a perpetual cycle of training, using hiking as my cross-training. I figured that the conditioning I was getting from the miles logged on neighborhood sidewalks would carry me up mountains and through the woods. There was one major flaw in my plan: I was in pain every day and, more devastatingly, my pain started to hinder my ability to hike. My knees could no longer withstand more than three miles at a time before I was walking bowlegged, trying to push on and ultimately collapsing. It was obvious that my days of pounding pavement were over.

I began my search for an activity that could build my hiking fitness while rehabbing my brutalized knees. I tried biking, yoga, and the elliptical, none of which felt right for me. It wasn’t until I was three classes into a pilates membership that I was encouraged (by the pilates instructor no less) to try barre.

When I came to my first Bar Method class, I will openly admit, I was wary of this style of exercise. A workout modeled after that of a ballerina? I have a great deal of respect for their art, but c’mon, my quads carry me up mountains. Still, I tentatively ventured into the modest studio tucked into a corner of Sugar House with an open mind.

I was humbled. While I felt strong throughout class it became evident that I was missing a critical piece in the fitness equation: Grace.

After about three months of regularly attending class, I went on a backpacking trip where I used this new tool to help carry me up the mountain. I navigated the rocky terrain with an ease I had never known before. In trips past, I would let the weight of my pack thrust my upper body toward the ground while I struggled with its heft, but on this trip, I utilized my newly-strengthened postural muscles to keep me upright. I tapped into muscles that I had never stimulated before I became a regular at The Bar Method. Instead of growing weaker over the miles, I felt stronger with each step as I moved with grace and purpose, not just brute power.”