Near my house there are 200 steps going up to another street. I often run up them when walking my dog.  After the run when I return to my computer and I happen to be working on an article or blog, my mind suddenly fills with new ideas. The scientific community has recently come up with a flood of new information on why my mind seems sharper after working out. 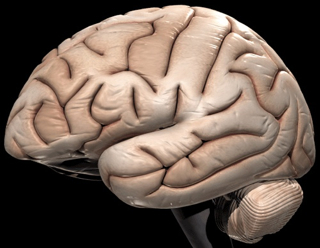 Not just one or two, but dozens of studies over the last few years have shown that exercise stimulates the creation of new brain cells, reverses the aging process, and even causes the front lobes to increase in size. Working out, according to these studies, improves thinking over both the short and the long term. We used to think of exercise as just something we do to look and feel better. Now we can add that exercise makes you “think better,” too.

Newsweek reported in March of 2007 that there is a “recent and rapidly growing movement in science showing that exercise can make people smarter,” and the reason, according to The New York Times in November of 2009 is because of “improved research techniques and a growing understanding of the biochemistry€¦ of thought itself.” “The field is just exploding,” says Fred Gage, who co-authored a study on exercise and cognition.

When you look at a sampling of these studies as a group, their implications are pretty mind-blowing. Here are brief summaries of a few of them. They provide a powerful incentive, I think, for all the couch potatoes who want to get an edge their goals to get moving.

Studies on mice and rats:
– In May 2009 researchers at National Cheng Kung University in Taiwan forced mice to run faster than their normal speeds. After four weeks, these mice beat out a control group of mice at skills and learning tests.

– Another neuroscientist, Fernando GÃ³mez-Pinilla also did experiments comparing rats that exercised to those who didn’t and found the fitter rats smarter.

Studies on children:
– In a study published in 2007, Charles Hillman, a neuroscientist at the University of Illinois, reported on an experiment he did with 259 third and fifth graders. He tested them both for physical fitness and cognitive ability. Those with the fittest bodies were the ones with the fittest brains, even when factors such as socioeconomic status were taken into account.

– The Naperville, Illinois school system has for several years been scheduling its students with poor verbal skills to take PE right before reading class. Their reading scores have significantly improved.

Studies on adults:
– A 2007 National Academy of Sciences study found that people who worked out for three months sprouted new brain neurons.

– A psychologist at the University of Illinois recently discovered that exercise causes people’s frontal lobes to increase in size. “It’s not just a matter of slowing down the aging process,” says Arthur Kramer, author of the study. “It’s a matter of reversing it.”

Studies on older adults:
– 155 women ages 65 to 75 who did strength training for a year scored 10.9 to 12.6 percent higher on cognitive tests than women the same age who did just balance and toning exercises.

– Other studies have found that exercise slows the onset of dementia. “Active adults have less inflammation in the brain. They also have fewer “little bitty strokes that can impair cognition without the person even knowing,” says Kristin Yaffe, a neuroscientists at the University of California, San Francisco

In a nutshell, says John Ratey, a Harvard psychiatrist, “Exercise stimulates a brain chemical that acts like Miracle-Grow for the brain.”

At age 62, I’m not going to take a chance that all this evidence is anything but for real. See you in class!

Read how scientists have also determined that exercise improves mood.