One Fierce And Courageous Beauty 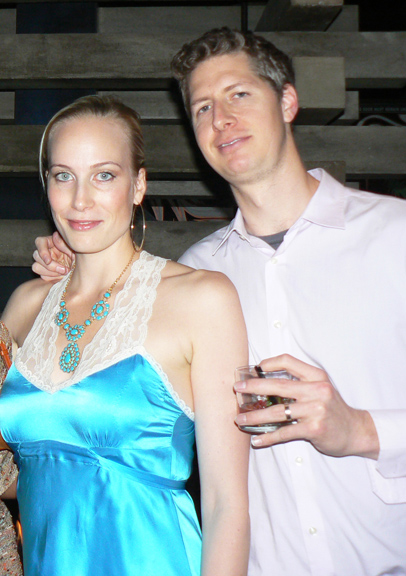 Hoddy was upset and near tears when she called my husband Michael, who is the Bar Method’s COO. Hoddy is the owner of two Bar Method studios in Kansas City. It was a Tuesday in early March, we were at our desks at our San Francisco office, and Hoddy was leaving the hospital with her husband Mit. After talking with Hoddy, Michael ran into my office crying and gave me the news. I was just stunned and disbelieving. Hoddy couldn’t have fourth stage lymphoma. Hoddy?! She doesn’t smoke, doesn’t drink, and is one of the strongest, most vital, cleanest-living people on the planet.

In the early 2000s as a law student, Hoddy worked at our studio’s early morning front desk in a vivaciously “legally blond” style . She wore sequined flipflops to work, loved pink, and had the kind of double-jointed, gumby body that could heat up the dance floor, or any floor she happened to be standing on when the urge to strike a pose or two hit her. Hoddy, as they say, lit up the room. We LOVED her. 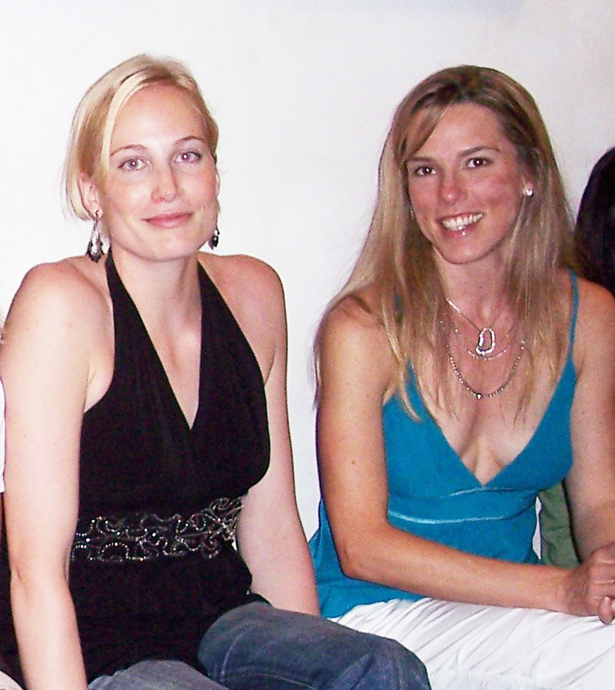 On Hoddy’s side, she’d fallen in love with the Bar Method at first sight. “I remember the day that changed by life!” she told me recently, “August 3rd, 2003. Jen and Sharon were my first two teachers. You were my third.”

Of course Hoddy became a Bar Method teacher, and that was when her life goals secretly shifted. Even before she went on the schedule in early 2007, she started keeping a folder with tear-out sheets of what she wanted her own studio lobby to look like. Over the next few years, Hoddy remembers, “As other people I knew left to become studio owners, I would talk with them and write down things I liked that they were doing.”

One motivating factor in Hoddy’s journey towards Bar Method studio ownership was the impact it had on her own body. When Hoddy walked into the Bar Method at age 23, she was 180 pounds. In six months of 3-to-6 classes a week, she lost 25 pounds and 14% of body fat.

Hoddy became a lawyer in 2005 and went to work at a top San Francisco law firm, where she was miserable. She didn’t like sitting by herself in a room for hours. Thankfully, she says, her teaching at the Bar Method fed the part of her that craves human connection. She loved helping others to feel confident and gain strength.

Over the next few years, Hoddy threw herself into learning the Bar Method, how to teach, and how to make her classes engaging and fun. I would often open my email to find a message from Hoddy containing a detailed list of Bar Method technique questions, ideas for new exercises, and song suggestions – usually hip hop – for our music mixes. 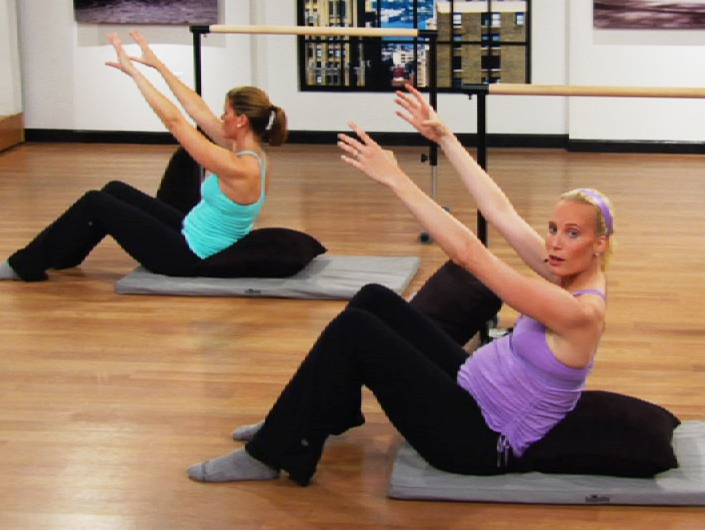 Hoddy gave birth to her first son in December 2008 and waltzed back into teaching a month later looking amazing. She was pregnant again about a year after that and agreed to lead a pregnancy workout DVD for us. The shoot took place when Hoddy was in her third trimester with babies two and three (a boy and a girl). Her flawless and fun-loving performance make her DVD my favorite of the batch we shot that year. 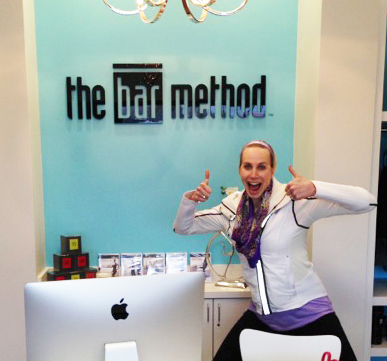 When the time arrived for Hoddy to open a studio of her own, we were stunned at first by her choice of location. We’d always thought of Hoddy as “Ms. San Francisco.” She was born and raised in this city, embraced its life style, and loved it passionately. Her choice? Kansas City, almost two thousand miles away and freezing in the winter! In fact, Kansas City made sense because her husband’s family is there, and with three small kids, Hoddy would have the support she needed to run a studio. 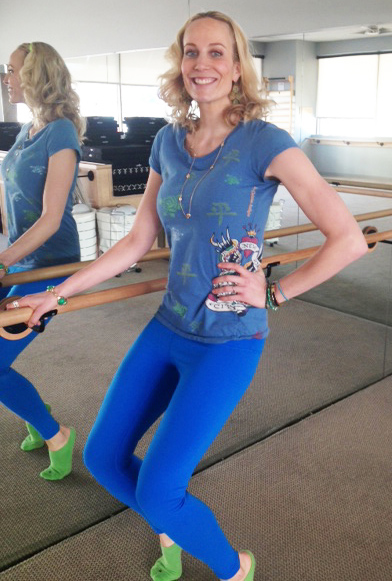 Hoddy the day after her lymph node biopsy

Despite the distance, our team back in San Francisco kept our close connection with Hoddy. When in the fall of 2013 we decided to shoot online Bar Method classes, she was the first teacher we called. She immediately said “yes” and delivered another great workout featuring her characteristic wit and attention to detail (you can take her class on our Bar Online site).

That day in March after learning of her diagnosis, Hoddy didn’t go home and feel sorry for herself as others might have. She took class, did research, and planned her counter-attack. The spirit with which she stood up to this new adversary began to raise the spirits of everyone around her, including ourselves. Hoddy was not going to be an easy mark for lymphoma! She underwent her first chemotherapy treatment on March 21st with a plucky smile on her face, then posted on Facebook the following challenge, which received 3,040 likes and 306 comments from teachers, students and friends all over the country:

Champ Hoddy in the ring

“Hi. This is me (notice the Bar Method guns). You know me. I am a former lawyer, a mom of three, and as you know, I am the proud owner of the Bar Method Kansas City studios. This is a photo of me doing my first chemo treatment last week. I was recently diagnosed with a type of cancer called lymphoma. I plan on giving it an ass whooping.

What does this mean? You’ll still get the great kickass classes from our instructors, including me, as often as I can. I will gain strength and support from you all as I fight this #^$&%!
Remember the happiest people don’t necessarily have the best of everything, they just make the best of everything they have. If I can get through over a decade of thigh work, with all my amazing clients support, I can get through this. … Be Positive. Be Strong. Be Bar Method.”

I spoke with Hoddy on the phone just last week.  She was experiencing a moment of nervousness. Her next CAT scan was due to take place the following day. It would reveal whether or not her first chemo treatment had had any impact. Disturbingly, her blood platelets were low, which she was told could be a good sign or no sign at all. Hoddy said that she was grateful to have a platform to change so many people’s lives, grateful for the support of so many people, and grateful that she hadn’t lost her hair.” As I listened to her, I thought, “the courage of this woman!”

The results from Hoddy’s CAT scan came in on Saturday and here is what she texted me, “After one chemotherapy, the cancer has reduced by 50-60 percent. This is good news!!!!!” Score: Hoddy-1 cancer-0. Hoddy, we’re rooting for you all the way!