The Good And Bad Of Extreme Workouts 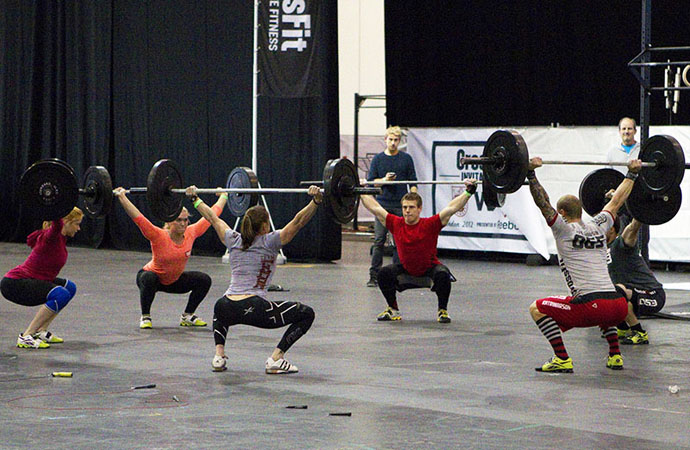 The allure of “extreme” exercise workouts like “Insanity,” P90X, Cross Fit and Core Fusion Extreme CFX makes sense. Today more than ever, people long for the chance to achieve extraordinary feats and to feel special. What better way to transcend being a cog in the crowded and pushy global gabfest we live in than to have a shot at being exceptional? Extreme workouts offer a straightforward chance to stand out, experience self-discovery, choose a new, excitingly noble community, and be rewarded with recognition, not to mention the possibility of an action hero’s body.

The issue with extreme workouts is, are they good for you? Greg Glassman, Founder and CEO of Cross Fit, says yes. His punishing exercise routines, he believes, enable students to reach their “genetic potential.” The hulk-like female winner of his Cross Fit Games, he says, “was meant to look like that or she would have been eaten.”  If you think about Glassman’s statement however, it will occur to you that he has his facts backwards. It was gorillas that got the Cross Fit bodies. Humans evolved to be agile, quick and resilient. The truth is, Glassman’s stiff, slab-like, top-heavy, injured cavewomen is more likely to have made an easy meal for swifter Stone Age predators. 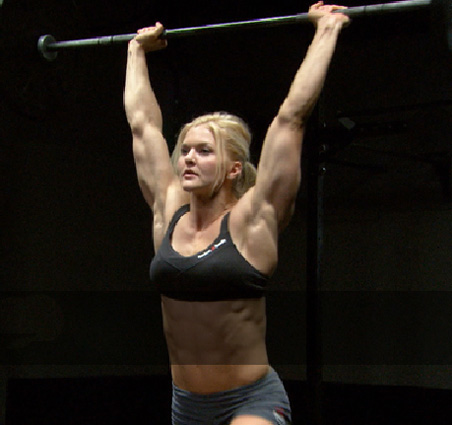 Evidence is growing that our bodies were not meant to endure the heavy pounding of extreme workouts. One study (from The Journal of Strength & Conditioning) found that for every 100 Cross Fit students, 73.5 of them are injured, a 73.5% injury rate! The military has been especially impacted. Enlisted personnel have sustained so many injuries from Cross Fit and P90X, including some deaths, that the Pentagon has convened a panel to issue restrictions on these workouts. To make matters worse, damage to bones and tissues isn’t the only adverse result of these brutalizing workouts. There are dangerous metabolic consequences as well. “Rhabdomyolsis” is a serious condition that can cause kidney failure, permanent disability and even death. It has become so common among Cross Fit and P90X students that it has a nickname, “rhabdo.” Glassman does not seem to be concerned by this problem. Last week on “60 Minutes,” he gleefully boasted that he employs “80 lawyers” to combat the hundreds of lawsuits against Cross Fit.

Unfortunately, the story doesn’t end with extreme workouts. A similar trend has ridden in on its coattails in the form of after-hours strength contests such as squatting and “planking” held in mainstream gyms and exercise studios. These competitions might not cause “rhabdo,” but they are injuring unsuspecting students.

One casualty was Lisa Brinkworth. Lisa is a resident of Buckinghamshire, England and the mother of three small sons. Last year, she started taking Pilates at a local studio and was inspired by a fellow student to sign up for a twice weekly “planking” competition. Initially she was excited by the planking event and did her best to hold the pose longer and longer. 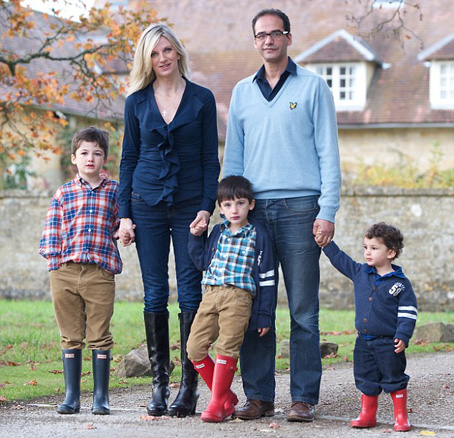 Lisa Brinkworth and her family

Around Christmas, Lisa began suffering what she describes as an “excruciating pain in the left side of my chest.” The pain was so bad that she feared she was having a heart attack or had developed breast cancer. Doctors finally diagnosed her condition as “costochondritis,” an inflammation of the cartilage that joins the ribs to the breastbone. “How many of us,” she wondered, “are putting ourselves at risk of such a painful unnecessary injury?”

The answer is lots of us, including men who considered themselves plenty fit to jump right in. Two years ago, Matt Lombardi, a young, athletic web entrepreneur, landed in the hospital for five days with rhabdo after taking his first P90X class.

The foolhardiness of this injury pileup is that extreme workouts don’t provide students with many basic components of fitness including posture, flexibility, agility, and balance (This last ability could possibly lend itself to some competitive challenges that would be fun and safe).

The appeal of these ultra-tough, he-man workouts and contests is that they promise instant results and a super-hero’s physique. Actually, they are destructive to the human body.  The best way to transform your body remains training under the guidance of a knowledgeable teacher and committing yourself to regular, focused practice.